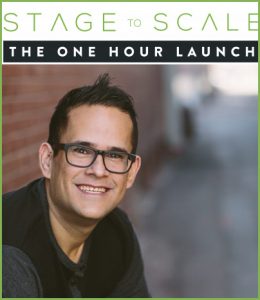 Pete Vargas is one of my favorite marketers of all time. Pete is known in the marketing community as being the “king of stages” as he’s able to utilize speaking platforms to generate millions in revenue for himself and his clients. Since starting his business 13 years ago, Pete has managed over 20,000 speaking events and generated over 40 million in revenue, all the while working with the industry’s biggest names such as Daymond John from Shark Tank.

Pete’s story is inspirational, especially considering that his upbringing was particularly harsh and unfortunate. Pete was able to rise from living in a trailer in rural Texas to becoming a marketing mastermind that has been able to help thousands of individuals successfully spread their message.

Today, I want to share with you Pete’s story. I believe that by going through Pete’s eventful life, it will be possible to comprehend the revolutionary concepts Pete has used to generate the success he has today.

Rising Through Hard Times: How Pete Realized the Power of Stages

Pete recalls that his earliest memories involved his mother and father aggressively arguing and yelling over custody of himself and his sister. His parents were going through a rough divorce, which significantly impacted Pete, who was just about to start elementary school at the time. After an arduous and stressful divorce procedure, it was decided that Pete’s father would have custody over him.

Throughout elementary Pete was subjected to horrible physical and verbal abuse by his father. Pete was severely impacted by these experiences, recalling that he often had to hide to avoid a beating whenever the Dallas Cowboys, which was his father’s favorite team, lost a match. Eventually, his grandmother realized that enough was enough and took him home to stay with her instead.

It wouldn’t be until Pete started high school that his father would come back into his life. His father, being propelled by other families members, tried everything to make amends. Pete recalls trying everything from going to church together to attending multiple emotional counseling sessions with his father. However, nothing seemed to work. Seemingly fed up, Pete continued onto college at Midwestern State University.

While at college, Pete Vargas was inspired by Jerry Maguire and sought to be a sports agent. It was here that Pete first began being interested in making a positive impact through powerful mediums, such as sports. Pete wanted to represent stars such as basketball player David Robinson, believing that if he could represent influential sports players, he would be playing his part in spreading positivity throughout the world.

Pete’s desire to spread a positive and impactful message led him to forgo a lucrative job offer in the corporate sector in Dallas. Instead, he took up a job as a youth pastor in rural Texas. His role as a youth pastor only earned him $18,000 a year, however, he was given sole control over the youth group of the church. The youth group at the time only consisted of three members. Pete was instructed by his pastor to deliver a positive and impactful speech to the group every week. Pete realized that this was his chance to begin fulfilling his dream of creating platforms for influential speakers.

Pete eventually, throughout four years, transformed the youth group from 3 members to 750 members. Considering that the town he lived in had a population of merely 10,000, this was an extraordinary feat. Pete was heavily inspired by anyone with a unique message, getting CEOs, financial advisors and volunteers to speak at his youth group over time. Through his youth group, Pete began to develop a reputation for himself, allowing him to start building his speaking empire.

From Tragedy to Triumph: How Pete’s Life Changed Forever 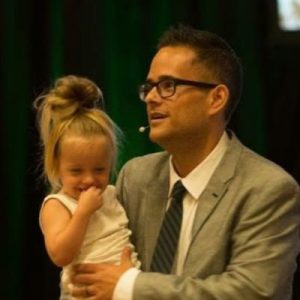 One day, Pete worked with Darrell Scott, whose daughter was tragically murdered in the Columbine School Massacre. Darrell was able to captivate the youth group and urged the group to express their affection to the five most important people in their lives. Hearing this, Pete made a life-changing decision to contact his father. Pete invited his father to an event held that night where parents and their children at the church would listen to a speaker talk about the importance of family unity.

Pete’s father attended this event, and towards the end, almost all of the parents and their children in attendance were hugging and expressing their gratitude towards one another. Pete’s father didn’t utter a word the entire time. Understandably, Pete was devastated.

However, just two weeks after the event finished, Pete received a letter from his father. The long letter was a heartfelt apology from his dad which proclaimed that he wanted forgiveness. The letter ended with words Pete had never heard from his father, “I love you.”

This life-changing event allowed all of Pete’s efforts up to that point to come full circle. He immediately contacted the speaker of that fateful night that had inspired his father to write the letter. He wanted to help the speaker spread his message so that the same thing could happen to others in similar situations as himself. The speaker told Pete that he was trying many marketing tactics, but none seemed to be sticking. In reply, Pete simply said, “well, stages work.”

From there, Pete created a process centered on stages that focused on process, not personality. Pete helped many throughout the country get their unique message, whatever it may be, heard in an impactful manner. Pete worked with the likes of digital marketers, non-profits, and entrepreneurs, allowing them to generate more results from one speaking event than they were able to in an entire year from other endeavors.

One prominent example is that Pete was able to organize for an entrepreneur client the ability to talk for three minutes at a Women in Technology (WIT) event. The client, using what she had learned through Pete’s programs and expertise, was able to generate six-figures in sales in the mere three minutes she had on stage. In just three minutes she was able to skyrocket her business from one facing financial collapse to a well-funded startup with the attention of the biggest players in the industry.

Pete is a master of stages. Most marketing mediums steadily lose their power over time, with prominent examples being radio and television advertising. However, Pete was able to understand that setting the stage for an impactful speaker is a marketing strategy that is essentially timeless. Powerful speeches made by men and women throughout history and even today can make an everlasting impact. In a world where SEO is becoming increasingly complex, and where marketers have to juggle through dozens of social media commitments to create a single sale, the ability to make one speech on one stage and generate enormous revenue is undoubtedly attractive.

Pete has created the concept of “dream stages” where he can optimize speaking opportunities both offline and online for his clients so that they can make the largest impact possible in the smallest amount of time. One of Pete’s past clients talks about only needing seven “dream stages” to generate over seven-figures in revenue each year. Imagine being able to generate millions through a combined effort of only one hour on a “dream stage” each year. 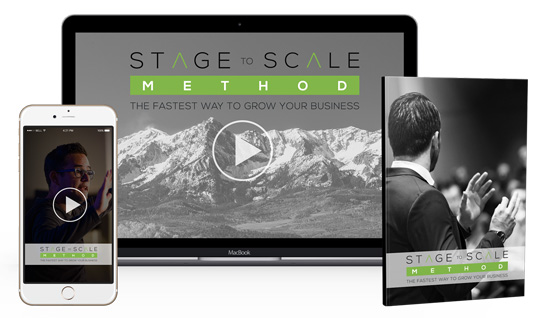 Pete, drawing on his life experiences, has created a coaching program that goes through in immense detail his concept of stages. The program looks into how Pete was able to develop a process which focuses on process, not personality, that has helped him generate over 40 million in revenue for clients through his career.

In the first part of the program, Pete talks about how stages are the most potent “needle mover” for any business. Done-for-you research guides are provided going into the technical details of why Pete’s concept of stages has delivered such high returns for his clients. Exclusive niche reports as well as an introduction to the scalability of stages is also presented.

In the second part of the program, Pete teaches how to craft a “Signature Talk.” Signature Talks are how his past clients have been able to generate millions in just a few minutes of being on stage. He walks you through essential speaking techniques, from cadence to presence, that attracts attention and generates sales. For example, he shares industry secrets such as the strategy of giving away a gift, no matter what, to the audience.

Lastly, Pete dedicates an entire component of the course regarding the scalability of stages. This is where Pete’s unique One Hour Launch Blueprint is presented. Here is where you learn how to generate revenue through only using a handful of tactical and powerful stages, allowing you to continuously convert sales even after the event is finished. Pete talks about how you can build a portfolio of past stages that can continually grow and provide revenue and sales for years to come.

As you can tell, Pete’s hard beginnings led to him understanding the timeless power of platforms. Through his experiences with his father, as well as his innate desire to spread positive messages throughout the world, he was able to formulate an ingenious marketing process centered on speaking events.

These days, efficiency in our marketing endeavors is critical to our success. Being able to filter through all of the noise surrounding social media tactics and search engine algorithms to generate more revenue than ever before by delivering a single speech is a compelling proposition that is worth considering.

New Update: Aidan Booth and Steve Clayton are releasing parallel profits on 29th January. If you are thinking of investing read my review first and find out if this new opportunity is worth it for you.